The foundation of the Armenian social life is the family. Often 20 or more members, representing three or four generations, lived under the same roof. Few peoples in the world can match the quality of the Armenian people. 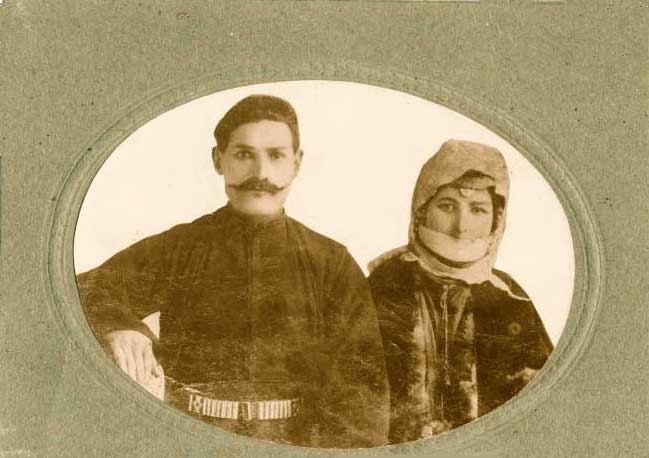 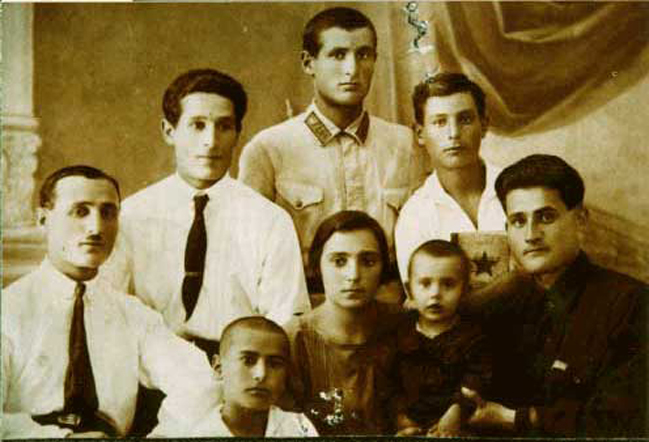 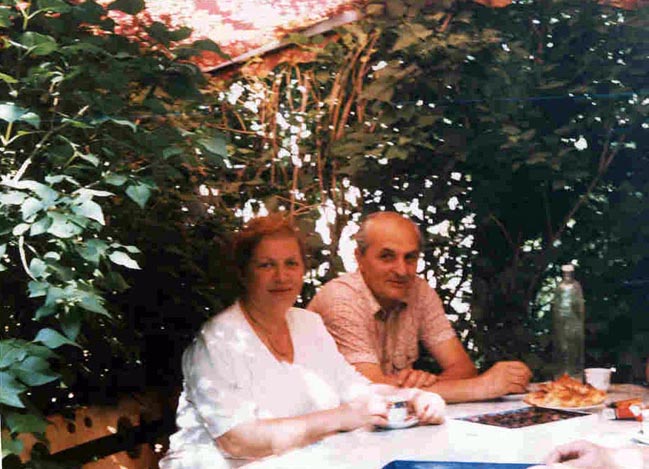 At the head of the patriarchal family stands the grandfather. After his death the grandmother becomes the pillar of the home. An old Armenian saying characterizes the man as the outer wall of the home, the wife as the inner. The Armenian woman is distinguished by her extraordinary fidelity. Divorce is practically unknown in Armenian custom.

The Armenian is strong and sturdy. He is deeply devoted to his country and his people, to his language and faith. Tenacity and perseverance are characteristic of him. It is his great industriousness that transforms the rather poor earth of his homeland into fertile soil. The city-dwelling Armenian stands out for his great initiative, while hi is slower and more conservative. The one and the other have a great inborn desire for learning and culture. They will do anything and stop at no sacrifice to give their children a good education. The Armenian is further distinguished by his native intelligence, aptitude and depth of perception. He shows great ability in learning foreign languages. He is brave - courage is a character of the Armenian... In 1997, genetic scientists uncovered a "marker" gene, which may prove a common ancestry between Armenians, Ashkenazi Jews and Semitic Arabs. The gene is shared only by these ethnic groups, and indicates a very old and common origin.

The Armenian people are an ethnos, which belongs to the large Caucasian racial group of peoples. The number of Armenians in the world counts approximately 10 million people, of whom only one third live in the Republic of Armenia. Large Armenian Diasporas reside in Russia, France, Iran, USA, Canada, Ukraine and Georgia. Significant quantities of Armenians also live in the unacknowledged Nagorno-Karabakh Republic. Leaving behind the curtain the fact that some sources provide evidence of the first people in Armenia due to the early Paleolithic era, the first pre-Armenian tribes (Urartians, Hourrites, Luvians etc.) which inhabited Armenian uplands, were mentioned in the chronicles of the 4th , 3rd millennia BC. During prolonged historical process, some of these tribes passed on their physical appearance to the Armenian people, others , generally, traditions of their material or spiritual culture, the third ones , predominantly, their language, which then received into itself much of lexical wealth of other tribes, participants of this process. Especially important contribution belongs to the Khurrito - Urartian tribes as the most numerous and widespread ethnic element of the upland, which exactly due to this fact composed a physical basis of the Armenian people. Historically, the name Armenian has come to internationally designate this group of people. It was first used by neighbouring countries of ancient Armenia. It is traditionally derived from Armenak or Aram (the great-grandson of Haik's great-grandson, and another leader who is, according to Armenian tradition, the ancestor of all Armenians). However, Armenians call themselves Hay, pronounced Hye). The word has traditionally been linked to the name of the legendary founder of the Armenian nation, Haik, which is also a popular Armenian name.

Starting from the high antiquity, historical fate of the Armenian people was in many respects determined by its geographical settling. Being located at the joint of several civilizations, and then having already become the eastern outpost of the Christian world - the Armenian state invariably was in the epicenter of the destructive historical events. In the periods of the global changes of epochs the Armenians managed not only create and preserve, but also increase basic achievements of their ancient unique culture, often even under the most unfavorable conditions. Particular historical fate of the Armenian people formed such features of national character as expressive national pride and merit, love for their land, surprising diligence, energy and perseverance; as well as tendency to sciences and crafts, hospitality, capability for self-irony and famous through the world Armenian feeling of humor.

The important feature of Armenian mentality is flair to adapt rapidly to the change in the external circumstances (another country, language, etc). Probably, this is caused by the historically conditioned practice of the forced mass migrations of Armenians to the territories of other states. It is necessary to note that Armenian Diaspora counts about 3/4 of Armenian people; however, regardless of the place of their residence the Armenians always maintain connection with the historical motherland, both spiritually and physically.

The Armenians are an Indo-European race made up of tribes that long inhabited the Armenian Plateau. It is probably impossible to accurately pinpoint the predominant ethnic make-up of the people. The "pure" Armenian is considered Aryan in features with blonde hair and blue eyes, though one would be hard-pressed to find more than a small percentage with these pure features within the population. Many have an olive to dark complexion, with black or brown hair and eyes.

Spirituality is a marked characteristic of the Armenian. As an ancient Indo-European people, the Armenian,s conception of the Universe is manifested through traits which are characteristic of the Aryan - the eternal struggle of Light against Darkness and the final victory of Light; the fight between Good and Evil and the final defeat of Evil are fundamental articles of faith for all Armenians.

"With the deepest devotion Armenians have held fast to their homeland, their speech, their customs, to Christianity and their National Church".

A "marker" of old regional differences are name endings. The common suffix ending '-iantz' and -'ountz' is said to have originated in the South of Old Armenia, denoting "part of" or "belonging to" (as in Gevorgiantz meaning "part of Gevorg" or "belonging to Gevorg"). The suffix '-uni' (as in Bagratuni) is said to have denoted aristocratic origins by some, while other dispute that theory. Reliably is it known to have denoted a place of origin, as was the suffix "-atsi". One needs to bear in mind that common people did not have a last name in centuries past, and each man was known by his given name, and if need be, the place he came from. Movses Khorenatsi could be translated Movses of Khoren, or Movse, belonging to Khoren. The term also meant "son of". In some areas, daughters were given their father's name with an '-doukht", "-doush", "-noush" or "-touhi", all meaning "daughter of". In this way, the Armenian family names have use the same system as Europeans.

The most common ending is -ian, and we have heard several reasons for this, the most plausible being it denotes "son of" or "from". Hence Torossian could be translated to mean "son of Toros" or "from Toros.