Historic Armenia spread out for about 300,000 sqkm , from the Black Sea to Cilicia, from Caucasus to Asia Minor. It extended over the large plateau ,between 1000 and 2000 metre high, south of the Caucasus range, at the meeting point of Asia and Europe. 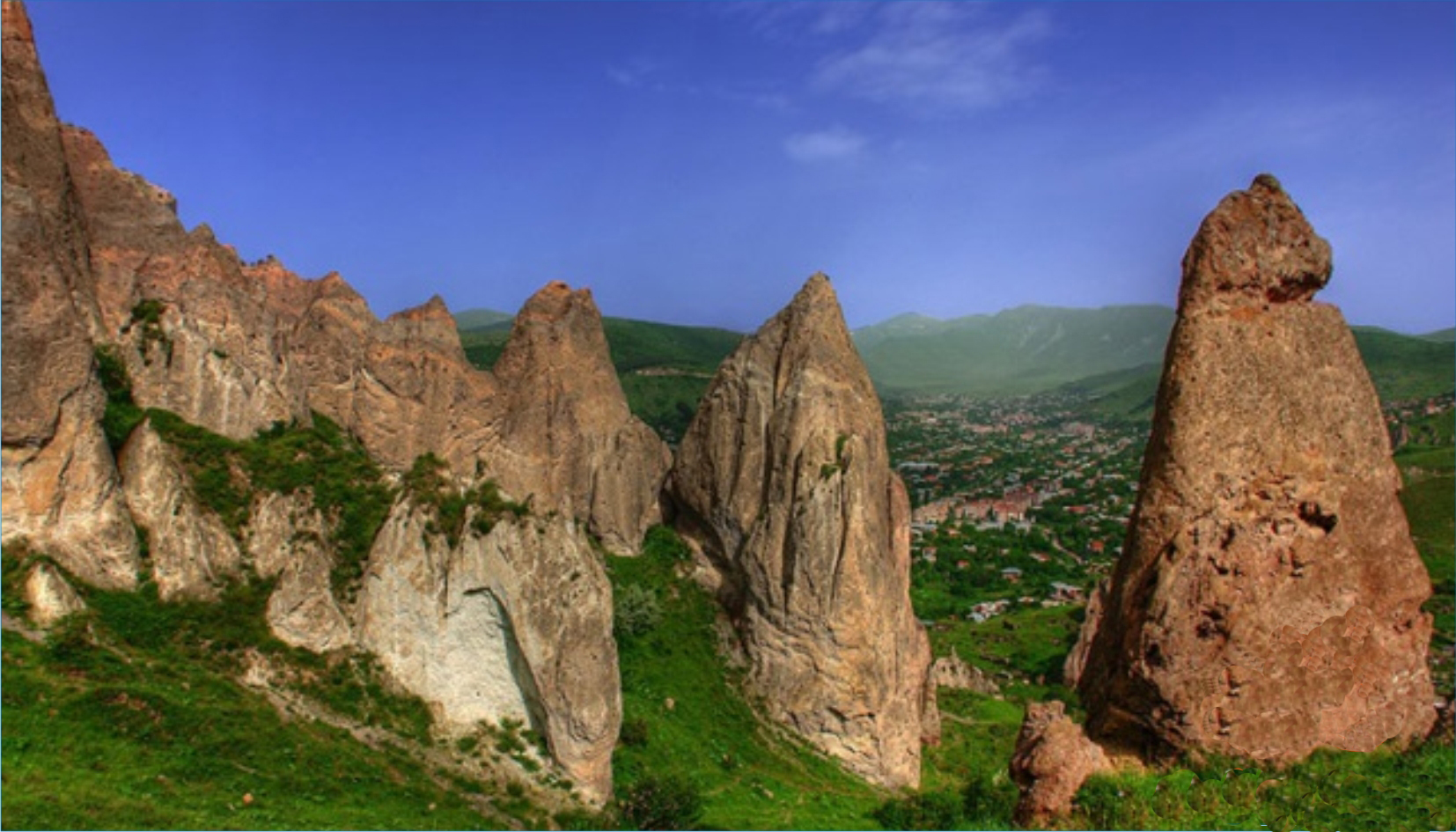 AN OVERVIEW OF HISTORICAL ARMENIA

Historical Armenia was located between longitudes 36-45 degrees and latitudes 36-42 degrees starting from the meridian of Paris, bordered by the Mediterranean, the Black, and the Caspian sea.

The length of Historical Armenia, east to west, was 1906 miles and its width, north to south, approximately 500 miles. Its area was 100,000 square miles. Armenia expanded her boundary in the second century BC and one century later, under the reign of Tigranes the Great, reached the greatest extent of her expansion. However, this lasted only a short time.

The boundaries of Armenia were: in the north, the Black Sea and Georgia; to the south, Persia, Mesopotamia, Syria, and the Mediterranean Sea; Persian and Caspian Sea to the east, and Asia Minor to the west.

Armenia has an elevation of 3000-8000 feet above sea level. Being a mountainous country located among the Black, Caspian and Mediterranean seas was sort of a mountain island. The central elevation gradually declined as it approached the frontiers. The Europeans call Armenia "The Armenian Plateau". It is noted that the soil of Armenia, starting from Mesopotamia, gradually rose and by the time it reached the Black Sea it became an abrupt wall.

Armenia is noted for the irregularity of its topographical elevation. Its uneven surface was due to the upheavals of frequently occurring earthquakes and volcanic eruptions. Foremost among these were the eruptions of Mount Ararat. A living testimony of eruptions and depressions are the Sea of Van and the Lake of Kelam.

The outstanding mountains of Armenia are the snow bound Ararat which the Armenians call Mount Massis and which, because of its location in the Araratian Province, has been called Ararat by the foreigners. Ararat has two summits, Great Massis, and Little Massis. The Great Massis is 16,757 feet high, and is the most majestic and awesome peak of Armenia, properly called one of the ancient wonders of the world. According to the Scriptures, after the flood, Noah,s Ark rested on Mount Ararat. Ararat is the sacred mountain of the Armenians and the source of their perpetual inspiration. Next to Ararat, Arakadz is the highest mountain of Armenia. More than ten beautiful lakes are perched on its summit and slopes. As a result of this abundance of water, Arakadz sparkles with many beautiful waterfalls. Arakadz is considered as the most useful mountain in Armenia.